It is a procedure to restore arterial blood flow to heart tissue in which the entire Cardiovascular Department is involved. Being an alternative to the standard surgical operation, it seems to be the best option for suitable patients. During TAVI, instead of open-heart surgery, the access to blood stream is made through the femoral artery (the so-called Transfemoral Aortic Valve Implantation) or through radial artery (Transapical Aortic Valve Implantation).

The latter approach is choosen as an alternative to the transfemoral one when pheripheral arteries are jeopardized by obstructive diseases.

This procedure is preferred also in case of degenerated tissue prosthesis, both aortic and mitral. As we know, after about a dozen years, this type of prosthesis incurs structural degeneration and have to be replaced. The traditional surgical operation is associated with increased risk ,in particular when it comes to elderly patients, while valve-in-valve procedure and the consequent replacement of valves are usually performed successfully.

Not only is the procedure recommended in cases of stenosis or aortic insufficiency, but also for high-risk patients as for conventional surgical operations (for example thoracic access, extracorporeal circulation, general anaesthesia, intubation). It is usually performed with the patient being awake. The access is made through a femoral artery for the introduction of a pre-formed prosthesis replacing the previous malfunctioning one. The mini invasive procedure ensures patients have a faster and more effective rehabilitation.

Haemodynamic Unit of Fondazione Poliambulanza is one of the very few centres in the world which has performed transfemoral transcatheter implantation without any contrast medium. This is a particularly suitable solution so as not to worsen patients’ delicate conditions whose severe renal insufficiency may require dialisis.

Given the circumstances, a second generation valve is used, whose peculiarity is being perfectly catchable whenever during the operation. As a consequence, this allow to evaluate the achieved result before the end of the operation and eventually reposition the valve. 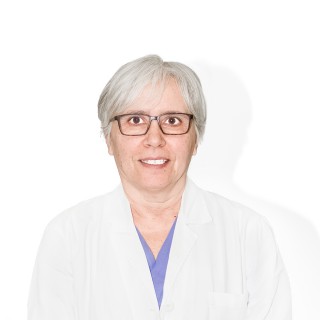