Fondazione Poliambulanza, in treating abdominal cancer patients, has developed advanced techniques of radiation therapy which provide different and specific solutions according to the type of tumors. Among them, the most common are those affecting liver, pancreas and rectum.

Fondazione Poliambulanza takes care of those patients suffering from primary liver cancers (mostly hepatic carcinomas) and also secondary ones (which may include many different histological types) offering them an alternative to surgery or any local treatments. With the Stereotactic Body Radiation Therapy (SBRT), tumors are treated with limited but highly precise dose radiation treatment. Given the complexity of this secialized form of radiation, it is meant to be integrated with other solutions, for example, a CT with contrast medium and multimedial imaging in order to localize the tumor in the body, or various immobilization devices and the the deep inspiration breath hold technique, then therapies such as Volumetric Modulated Arc Therapy (VMAT) and Image-Guided Radiation Therapy (IGRT) with advanced robotics for accurate patient setup with 6 degrees of freedom.

The mathematical precision and accuracy of the procedure ensures that the damaged portions of the organ are treated with ablative techniques that do not affect the healthy ones. Therapeuctic cycles can be over after one sinlge short session or can be fractionated (usually up to 5 ones) and are localizated at the cranial level (Radiosurgery.)

Pancreatic cancers, wether surgical or not, usually are associated with chemioterapic and radiotherapic treatments. According to the portion of the organ involved, it has to be taken into account the risk of toxicity for the closest organs (stomach, duodenum, liver, kidneys, marrow). That’s the reason why Fondazione Poliambulanza makes uses of solutions such as a CT with contrast medium and multimedial imaging in order to localize the tumor in the body, or the Volumetric Modulated Arc Therapy (VMAT) and the Image-Guided Radiation Therapy (IGRT)

In cases of rectal cancers, since radiotherapic treatment associated with chemioterapic one always preceeds the surgery, the resulting risk of toxicity should be prevented so as not to jeopardize the entire cycle and/or the operation itself. Consequently, Fondazione Poliambulanza implements selective technices including, for example, the multimodal imaging approaches, the small intestine relocation, the Volumetric Modulated Arc Therapy (VMAT) and the Image-Guided Radiation Therapy (IGRT). 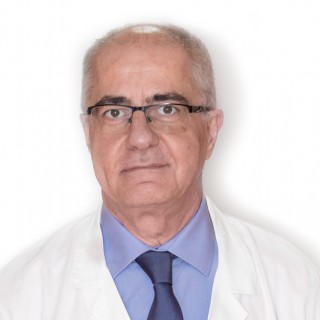