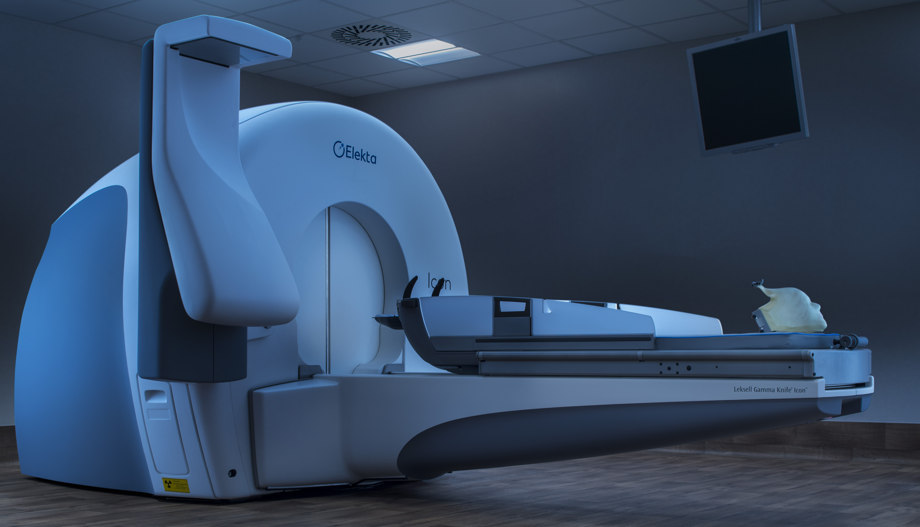 What’s Gamma Knife
Gamma Knife is an intracranial stereotactic radiosurgery technique that allows to intervene on many tumors and brain pathologies in a mini-invasive mode.  It is defined radiosurgery since the results obtained are similar to the ones of a surgical intervention, but it’s actually a type of radiotherapy that does not require any incision or opening of the skull.  In fact the machinery is based on the administration of high radiation doses, which reach as accurately as possible brain injuries requiring an intervention, without harming the neighbouring structures.

Treated pathologies
According to clinician’s recommendations, Gamma Knife radiosurgery can be used  for the treatment of the following pathologies:

Gamma Knife general benefits
If compared to the traditional surgical treatment, Gamma Knife radiosurgery drastically reduces the risk of complications connected with the surgical procedure.  It also enables to:

Further advantages, in addition to the above ones, are to be mentioned concerning the phases after the surgery:

Leksell Gamma Knife Icon Specific Advantages
Gamma Knife radiosurgery has been used for about 40 years; over the last ten years important new features have been introduced in terms of precision and accuracy; however, the greatest innovation is represented by the brand new Leksell Gamma Knife Icon model, with which right Fondazione Poliambulanza was equipped for the first time in Italy.
Such latest generation model allows to intervene on brain pathologies treated by previous model as well, but with some innovations:

To undergo Gamma Knife treatment
If the patient or his/her medical practitioner think that Gamma Knife may represent a chance of treatment, it’s necessary to perform an outpatient evaluation with a specialist physician in Poliambulanza.
On such occasion, it's useful for the patient to bring with him/her a recent brain magnetic resonance imaging (or a TC when unable to undergo a MRI) and any other examination that may complete his/her medical history.

The phases of the treatment
The implementation of Leksell Gamma Knife Icon treatment always provides for the multidisciplinary interaction among radiotherapist, neurosurgeon, neuroradiologist  and a health physician.  It takes place in four phases, each of which is totally  painless:

Preparation and side effects
No general examinations, such as electrocardiogram and blood sampling, are necessary before treatment. Depending on the type of injury to be treated the patient may be required to perform an audiometric examination, eye examination or other specific examinations specially indicated by the physician.

The day of treatment is necessary:

The following events should also be reported in advance to the doctor:

It is fundamental to inform the doctor even about the suspicion of a pregnancy, since the exposure to radiation may harm the fetus.

Possible side effects associated with Gamma Knife treatment, that however are rare, are:

In any case, prior to Gamma Knife treatment, in the course of an in-depth interview, the patient will be provided with all the necessary information as well as the possible risks related to his/her specific problem.

Contacts
To contact the Operating Unit of Neurosurgery:
Phone No.:  030 3518207
Email address: nch.segreteria@poliambulanza.it

You write Femtolasik.
Your read
without glasses.

The latest evolution in the field of ophthalmic surgery. Cutting edge interventions that ensure immediate visual recovery and total absence of postoperative pain. All in the utmost safety.

Awards and acknowledgements gained for our merits.